I recently met up with Rozz Hannan, a Netball Coach from Eastbourne in East Sussex to find out more about Women’s Walking Netball.

Rozz has played netball for many years both in Australia and in the UK when the family moved back about 20 years ago. She returned to netball about 5 years ago recognising the need for a little gentler game to lessen the risk of injury and she decided that she would like to become a Netball Coach. She found a course in Berkshire and completed it to become a Netball Coach and Host enabling her to host Walking Netball groups as well as coaching in the normal Netball.

Walking Netball has evolved from a growing demand for walking sports such as walking football. It is an ideal way to get and keep fit as someone can start gently and build up gradually, aiming to do a little more each session. Doing regular weight-bearing exercise helps keep bones strong by forcing the bones in the lower half of your body to bear a person’s full weight each time they move.

Playing Walking Netball has many benefits from lowering the heart rate and blood pressure, and creating more muscle and reducing fat and giving greater mobility plus women who have played for many years can continue to play the game they love for many years.

Walking Netball is a slower version of the game; it is netball, but at a walking pace. It has been designed so that anyone can play it regardless of age or fitness level even for women who had to stop playing because of injury.

I asked Rozz whether you would have to be fit to join in with Walking Netball and she assured me that as long as you can walk freely and keep your balance you would be able to play and have fun.

Next I asked Rozz how long the games went on for and how a session works. She explained that there is a warm up period, a short fun game, some ball skill practice and then three 10 minute segments with a break between each one. Nothing too strenuous but lots of fun and making new friends is a large part of it too.

Rozz is always looking for new players at either of the two sessions that are run in Eastbourne. There is no commitment required as they are all drop in sessions which are fun, friendly and a great place to make new friends even when you go on your own.

The groups have women from 50+ to women in their 70s; there are even a few younger ones too.

If you would like to join either of the groups please contact Rozz Hannan on 07790804665 or through their Facebook Page “Eastbourne Walking Netball Group”. She will be very pleased to hear from you and you will receive a very warm welcome. 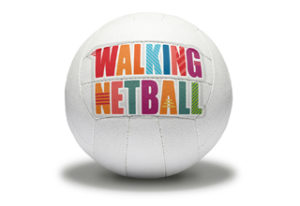 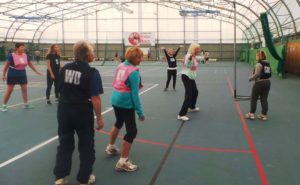 We are happy to bring you another blog by Jane Long about how Reflexology can help you survive the winter and this time she has included an special offer for you. Jane’s Blog: This may […]

We are pleased to bring you this week’s Astrology Card Reading by Asha Kumari, we are always grateful to Asha allowing us to share these readings with you. Asha is available for Private Readings and […]