Let’s travel back a further decade this time and jog a few memories or, perhaps,  introduce a few new ones. Depends on how young you are!  Anyway, this year was memorable on several levels, as it was one of tragedy and success; new introductions and promising careers, particularly for us Brits. 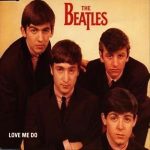 Yup, it was the year of The Beatles – John, George, Paul, Ringo – those loveable mop tops from Liverpool.  So let’s start at the beginning.  To start 1963, the group toured the UK for the first time to support the release of their first single “Love Me Do”, the same month as their debut album “Please Please Me” topped the UK chart for a staggering thirty weeks, only to be replaced by their second album “With The Beatles”.  This was an extraordinary achievement because this chart tended to be dominated by middle-of-the-road crooners and film soundtracks.  As an aside here, you may recall the front cover of “Please Please Me” and perhaps considered it to be rather mundane. With tight marketing budgets  in place, corners were not only trimmed but often cut altogether, so the cover showed The Beatles looking down over the stairwell inside their record company headquarters at EMI House, 20 Manchester Square, situated in the heart of London’s West End.  No fancy location, no exorbitant costs!  Actually, it’s particularly interesting to me because I worked for the record company for many years and, in an attempt to keep fit, avoided the lift, to walk up and down those hallowed staircases on a daily basis. Now, I’m almost embarrassed to admit but in a moment of nostalgia (or madness), I had my picture taken in that very same spot where The Beatles stood.  Sadly, my treasured pose got lost in dispatches over the years. Still, I know I was there, if nobody else did!

In between back-to-back tours, press interviews and recording sessions, the group performed before the Royal Family in the annual Royal Variety Performance, staged this year at the Prince of Wales Theatre, before our Queen, the Queen Mother, Princess Margaret and Lord  Snowdon.  The group, the seventh of nineteen acts, sang four songs, and met the Royal Family after the show which itself was taped and broadcast on 11 November before a record twenty-six million viewers.

Such was the impact The Beatles had on the world that the word “Beatlemania” was invented this year – and, boy, did this sum up exactly the intense and often uncontrollable fan frenzy over the coming years.  Great fun for the young, but a constant worry for adults who were unused to such unadulterated behaviour.  Yet, I wonder, did anyone remind them of the fan hysteria that followed Bill Haley, Elvis Presley or Cliff Richard?  Hah, if The Beatles weren’t enough to cause arguments between the generations, along came The Rolling Stones, under the new management of Andre

Brian Epstein, The Beatles’ manager, was hot.  Acts galore found their way to his office door, wanting to be a part of this new music explosion. Not all were accepted, of course, but several were, like fellow Liverpudlians Gerry and the Pacemakers.  Like The Beatles, they were signed to EMI Records and produced by George Martin, to enjoy being the first act to reach the top spot in the chart with their first three singles – “How Do You Do It”, “I Like It” and “You’ll Never Walk Alone” which dominated the chart this month in 1963. It would stay there for four weeks.   Liberated from Rodgers and Hammerstein’s 1945 musical “Carousel”, the song became the anthem for Liverpool Football Club, and later football clubs around the world, by being sung by the massed chorus of supporters on match days.  Representing solidarity, the song is as relevant today as it was in 1963 for a variety of reasons including tragedy.

Others to benefit from Brian Epstein’s midas touch were The Foremost, currently in the top twenty with “Hello Little Girl”, penned by John Lennon during 1957.  Priscilla Maria Veronica White – er, our Cilla –  was a part-time cloakroom attendant at Liverpool’s Cavern Club where all the city’s acts including Kingsize Taylor and the Dominoes, Rory Storm and the Hurricanes performed. Oh, and The Beatles of course!   After guesting with some of the groups on stage, our Priscilla (doesn’t have the same ring somehow, does it?)  was introduced by John Lennon to Brian Epstein, who added her to his family of stars. Her name was changed to Cilla Black to appear on the label of her first single “The Love Of The Loved”, written by Lennon and (Paul) McCartney.

A handful of other Epstein signings now.  Billy J Kramer and the Dakotas hit the singles chart in November ’63 with “I’ll Keep You Satisfied”, his third single following “Do You Want To Know A Secret” and “Bad To Me”.  Peter (Asher) and Gordon (Waller) also recorded several Lennon and McCartney tracks, including their international seller “A World Without Love”. This talented composing duo also penned Tommy Quickly’s first outing “Tip Of My Tongue”, yet his career failed to take off and he retired from the business in 1965.

Other successful groups flying the Union Jack included Brian Poole and the Tremeloes with “Do You Love Me”, a song they swiped from Motown’s Contours; The Searchers with the Tony Hatch composition “Sugar And Spice”, and singles from The Shadows, Freddie and the Dreamers, The Hollies and the Dave Clark Five. However, American music was relevant as well, like Roy Orbison’s “Blue Bayou”; Chuck Berry’s “Let It Rock”, and from the Phil Spector hit factory, “Be My Baby”  and “Then He Kissed Me”  from The Ronettes and The Crystals respectively. 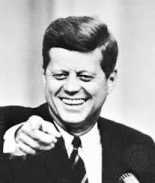 Leaving music aside for a moment, 1963 was one of unprecedented tragedy, when shortly before noon on 22 November, the 35th president of the United States, was assassinated as he rode in a motorcade down Dealey Plaza in downtown Dallas, Texas.  He was forty-six years old. In the limousine with him was his wife and first lady, Jacqueline, Texas governor, John Connally (who was seriously wounded) and his wife, Nellie.  Kennedy was shot in the head by US Marine Lee Harvey Oswald, himself later shot dead while in police custody by Jack Ruby. Ruby said at the time, he’d been so upset at the president’s death and wanted to spare “Mrs Kennedy the discomfiture of coming back to trial.”  Sentenced to death by a Dallas jury, Ruby appealed against the conviction, and while waiting for a new trial, died in his prison cell from lung cancer. Meanwhile, the world joined hearts with America, mourning the loss of an innovative young president who promised so much.

And, finally, back to music with the end of the incredibly successful trio The Springfields, where Dusty was the main vocal attraction. By 1963, their “Island Of Dreams” was a top five hit, eventually staying on the singles chart for six months.  The follow-up “Say I Won’t Be There” was another top five hit but, by this time, Dusty pined to be a solo artist, at which point the trio disbanded.  In November this year, she was riding high with her heavily made up eyes and bouffant hair styles, to promote “I Only Want To Be With You”, the first in a whole series of hit singles, including her number one ballad “You Don’t Have To Say You Love Me” which was a karaoke favourite for many years thanks to the dramatic use of outstretched arms highlighting the angst in the song’s lyrics.

There’s so much more to tell,  but as I’m sure I run the risk of out-staying my welcome here, I’d best draw this month’s blog to an end.  So, with the hope that you’ve found something remotely interesting here, I’ll be back with more of the same next month.

We are happy to bring you another blog by Jane Long about how Reflexology can help you survive the winter and this time she has included an special offer for you. Jane’s Blog: This may […]

We are pleased to bring you this week’s Astrology Card Reading by Asha Kumari, we are always grateful to Asha allowing us to share these readings with you. Asha is available for Private Readings and […]